Plant a tree in memory of Matthew J. "Doc" D'Errico
An environmentally-friendly option 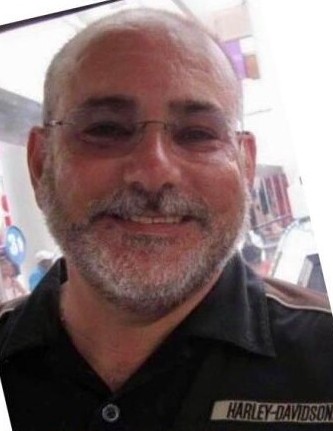 Matthew J. "Doc" D’Errico, 59, of Southborough, passed peacefully at Care Dimensions Hospice House on Monday June 14, 2021, from injuries sustained in a motorcycle accident on March 28, 2021. He was the beloved husband and partner of 38 years to Gabrielle J. (Caccavo) D’Errico, and a loving father to Nicholas J. D’Errico and his wife, Collette M. (Bora).

Born in Queens, New York, he was the loving son of Larraine (Mazor) and John E. D’Errico. He spent his early years as a resident of Levittown, NY, where he participated in softball, Sea Scouts, Navy JROTC, and ultimately the Navy Reserves. In college, he studied Electrical Engineering at Polytechnic Institute of New York where he met his future wife in 1982 and earned his nickname “Doc” for being able to fix anything electronic. He later continued his studies with several executive certificates from Northeastern and Clark University

Doc had a widely respected and brilliant mind, holding over 20 patents as an engineer at EMC in Hopkinton, where he worked for nearly 25 years. In his spare time, he was also a motorcycle instructor and advocate, firearms instructor, private pilot, and gifted musician. Most recently, he was Vice President of Product Marketing/Data Storage at Infinidat in Waltham.

Doc lived a life of service and was dedicated to helping so many causes, including the American Cancer Society, Museum of Science, Boston Children’s Hospital where he put on a Santa suit and delivered toys, and Pilots for Paws where he flew animals all over the country to new, caring forever homes. His passion for drums and trumpet also led him to bring music education to Haiti after the devastating 2010 earthquake.

In addition to his wife, son, and daughter-in-law, he is survived by his sister, Stacie (D’Errico) Moisa and her husband, Brent; a nephew, Michael Moisa and his wife, Katie; a niece, Kim Moisa; his beloved aunts, uncles, cousins; and so many good friends.

Arrangements are being made for a Celebration of Life later in the summer, and will be announced at a later date.

In lieu of flowers, a contribution to one of the many causes listed above would be appreciated.

Arrangements are under the care of the Morris Funeral Home, 40 Main Street, Southborough.  To leave words of condolence to the family please visit www.morrisSouthboroughfuneral.com.

A service summary is not available

Plant a tree in memory of Matthew J. "Doc" D'Errico
An environmentally-friendly option

Plant a tree in memory of Matthew J. "Doc" D'Errico

On behalf of the Facebook EMC Alumni group, we send our sincerest condolences to family and friends. The stories and expressions by his former colleagues are a testament to Doc and his personality which are heartwarming. May his memories be a blessing. Doc, May The sun always be on your back. Two fists in the wind. And the horizon teasing you farther down a great road.

I worked with Doc at EMC for many wonderful years. Everyone’s life Doc’s touched, he made better. God Bless you Doc and your families.

It was an honor and a privilege to work with Doc and to call him ‘friend’. I am very sorry for your loss, Gabrielle & Nick - Doc spoke of you both often. He was very proud of you both.
Jim Dowson

A Memorial Tree was ordered in memory of Matthew J. "Doc" D'Errico by Jim Dowson.  Plant a Tree

Although I worked at Training Wheels Doc and I never worked together for a class. We were at many updates together and we attended the Advanced Rider Course Instructor Course together but all my dealings with Doc were quality moments.  While I was deployed to Afghanistan Doc and I emailed occasionally, his emails were always great to read.  Throughout our lives we make comments like "He's wicked smart" or "the man is a genius", the thing is in Docs case he was easily one of the smartest people that I ever met. He will always be remembered and respected.  May this good man rest in peace.

A Memorial Tree was planted for Matthew J. "Doc" D'Errico

Plant a tree in memory of Matthew J. "Doc" D'Errico